Friends & Family Community Connection sweep into Haiti like a cyclone!

They came from San Diego, CA, hanging drop ceiling and painting at the Haitian Queen. They laid block and dug the new septic tank at the orphanage. They put tin roofs on houses for the homeless. FFCC rented a back hoe to speed up the grading of the orphanage property so that we now have a road. In between, they befriended neighbors, giving the kids some real competition, not that easy with Haitians who live to play soccer.
This team of doctors, lawyers, engineers, accountants, contractors, CEOs and students also did a mountain load of dishes at the Haitian Queen. 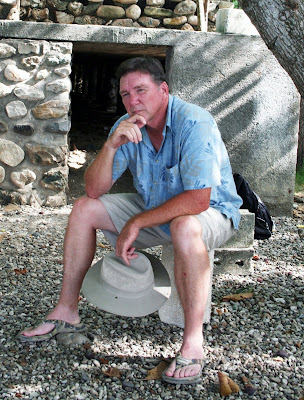 Jim reflecting on all that has been accomplished or is he just day dreaming about me!! 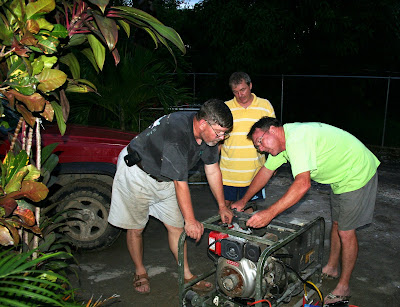 They just won't give up on this generator.

Darkness feel like a curtain and lightening streaked the sky the last night in Haiti.
A pastor asked to borrow the scaffolding and wood cement forms
from up the hill at the orphanage we are building in Gressier. 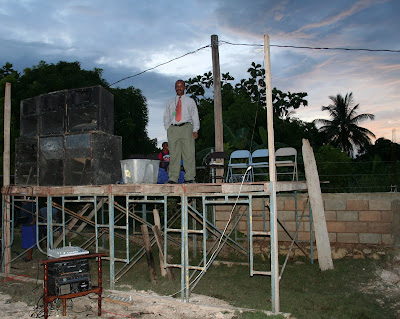 The pastor and his two little boys ready for the service. 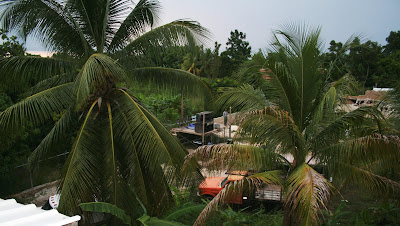 I am up on the second story of the Haitian Queen watching as they get ready for the revival meeting in the empty lot next door. The blaring music from the large speakers drew an immediate crowd. The preaching and singing could be heard for miles and the final song blew the 4 speakers, just before a torrential downpour. At least the speakers didn't get wet. 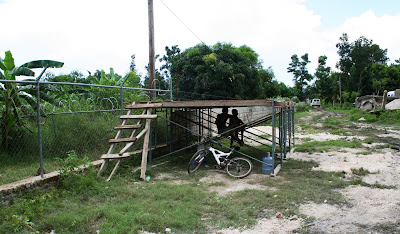 Earlier in the afternoon they threw together this stage. 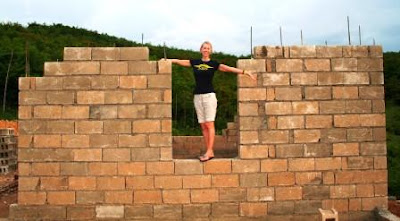 FFCC worked on this wall at the orphanage. 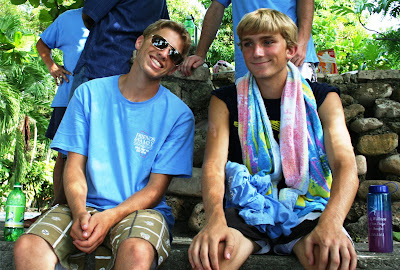 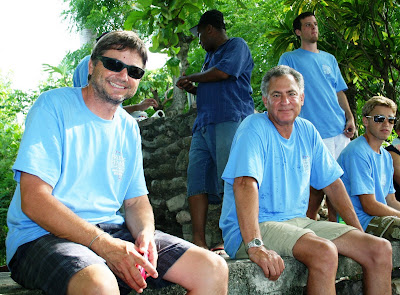 That was good chicken.! 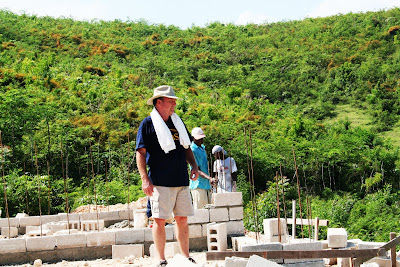 Jim surveying progress at the orphanage. 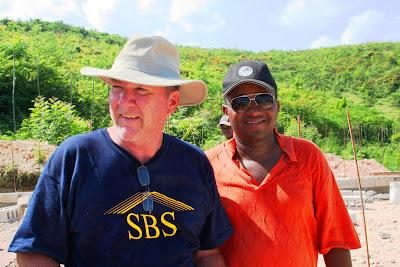 rejoicing at the progress! 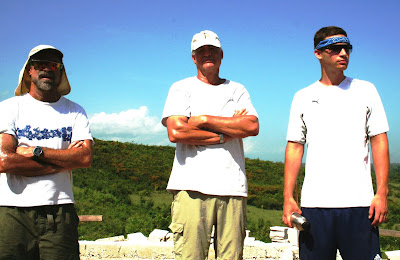 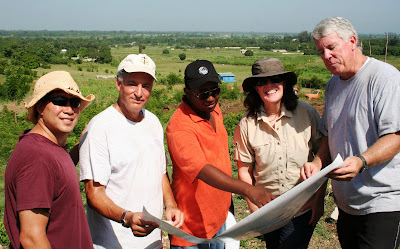 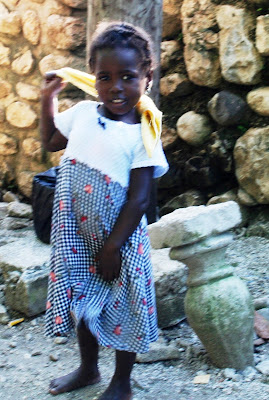 Little girl in the neighborhood. 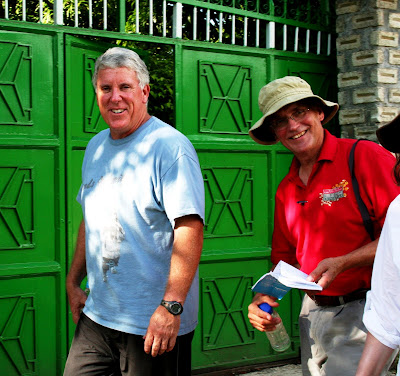 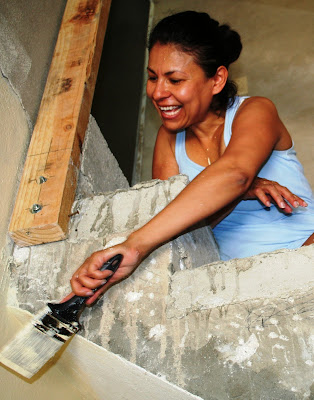 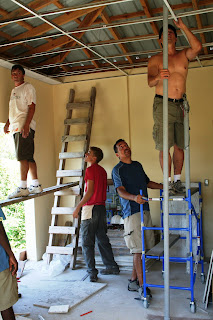 Thank you "Friends and Family" for
making Haiti a better place for the Haitian people!

A typical roadside scene in the city.
Posted by Jim and Karen Esson at 12:59 PM